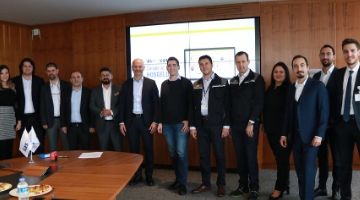 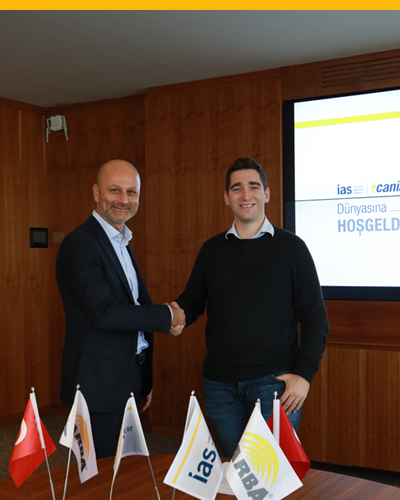 Established in Bursa 40 years ago under the roof of Bayraktarlar Holding  Farba Lighting Systems Inc., is one of the main suppliers of automotive OEMs in Turkey. The company took the important step to become global by acquiring the German-origin Odelo company in 2011 and continued to work non-stop by launching Gebze-China and VLE factories in this growth context. In line with the goal of continuous development and excellence, the company aims at the satisfaction of all its stakeholders and produces headlamp and rear taillights in its modern facility in TOSB with its competent employees and advanced technology equipment and machinery park. Farba, which closely follows the technology and attaches importance to digital transformation, has decided to continue with caniasERP, which will give them flexibility and speed, instead of the existing enterprise resource planning software. Company officials and project team came together at the kickoff meeting held at Farba's factory in Gebze and officially started the project by discussing the new cooperation, future plans and roadmap to be followed.

Our Business Processes to Be Reorganised with caniasERP

At the kickoff meeting bringing together the officials of the two companies, the opening speech was made by caniasERP Project Sponsor and Farba Board Member Fatih Bayraktar. Describing his expectations and future plans about the project, Bayraktar said “The ERP system we used previously was designed based on the needs and processes of the 30 million-worth company we took over from Bursa. We came to this point today by using a lot of patches in accordance with our needs. Last year, however, we started a new quest for this. We started our first project at Aygersan under the umbrella of our holding with caniasERP that we met in this process, and after the first phase was successfully commissioned, we decided to carry out the same work in Farba. We have taken over and used the ready processes of different companies in our Gebze campus.With caniasERP, this company will become the factory defining its own processes. Until now, different systems were used together to carry out our various processes. In the new era we started with caniasERP, we want to move these patch processes step by step into a single system” and also added “Another objective of this study is to prevent unnecessary paper consumption. We aim to move all processes that are partly electronic, partly on paper, such as business processes, shift reports, production orders and follow-up lists or warehouse entries to the electronic environment. The ERP system that we used before was based on the transfer of the paper process to the computer. Now with caniasERP, we will eliminate all habits from paper-notebook time. ” in his speech.

Behiç Ferhatoğlu emphasized the success achieved by IAS in the project realized with Aygersan under the roof of Bayraktarlar Holding said “Our goal is not only to move all the processes of Farba on caniasERP, but also to bring the logic and culture of digital transformation to your company. It is not only to digitize business processes, but also to realize added-value jobs such as planning, costing, and to increase your productivity.” during his opening speech at the meeting.  Emphasizing the importance of teamwork and motivation in his speech, Ferhatoğlu also added “The success of this project depends not only on our caniasERP product. The support of Farba employees is very important to us! As far as I can see, Farba is a company with a high level of awareness and motivation in digital transformation and Industry 4.0 and important lessons have been learned from past experiences. Considering all these, I think it is certain that this project will be successful.”

A Big Family Walking to the Same Direction

Speaking at the kickoff meeting held at Farba, IAS Regional Sales Manager Salman Yüksel emphasized the success that is the common goal by saying “There is now a single family running to a common goal, not two separate firms.” IAS Project Coordinator Fatih Şen, Farba Project Leader Talat Uzer and IAS Project Manager Tezcan Bayrak presented the objectives, mutual expectations, road maps and business plans related to the caniasERP project. The caniasERP project is assumed to go live on July 1, 2020, and thus, Farba is expected to take its most important step in the journey of digital transformation.