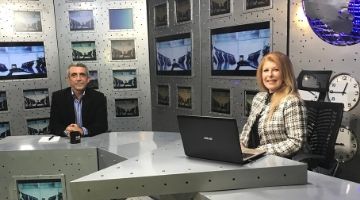 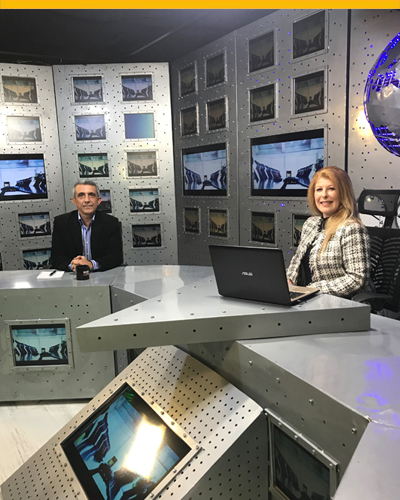 IAS General Manager Mr. İlker Er was the guest of the program “Family Companies with Dr. Ebru Karpuzoğlu” at Business Channel Türk. Having described the latest developments in digital transformation in the program, Mr. Er talked about the work they have developed on IoT and Automation. Having summarized the concepts of IoT and automation for the audience, Mr. Er said, “We have not heard much about the Internet of Things (IoT) until the past few years. However, in reality, it has been in our lives for a long time. As smart homes and smart devices became widespread, this issue became more popular. We can use this concept for all devices connected to the internet. The meaning of it in business life is that we can use production devices in our factories and all the sensors used to monitor the production via Internet. If we can connect devices to the internet, why would we collect the data manually or through computers one by one? Automation systems come to the stage here. In short, automation systems enable us to receive the data from machines and sensors on a single point. Without a need for a software as a third tool, we can make the machines communicate with each other and minimize the possible errors that may occur while collecting data. We can collect the data received from the machine during production without leaving it to the user or the operator. Therefore, we can receive the correct information directly. ”

Automation Investment is a Necessity for the Future

Having summarized the process up to Industry 4.0, Mr. Er also mentioned the probable future awaiting for companies: “Along with the industrial revolution, people’s life styles and business life have altered as well. And It continues to change. Things achieved at that time will be so in the future. Those who cannot keep up with this will lose. Companies need to prepare themselves for the future. Concepts mentioned more frequently with Industry 4.0 should be cared more and be a part of digital transformation. That’s why it is significant to invest in a customizable ERP system and to utilize IoT and automation systems. These softwares play an important role for guiding companies. If the future cannot be foreseen, a vision cannot be acquired.”