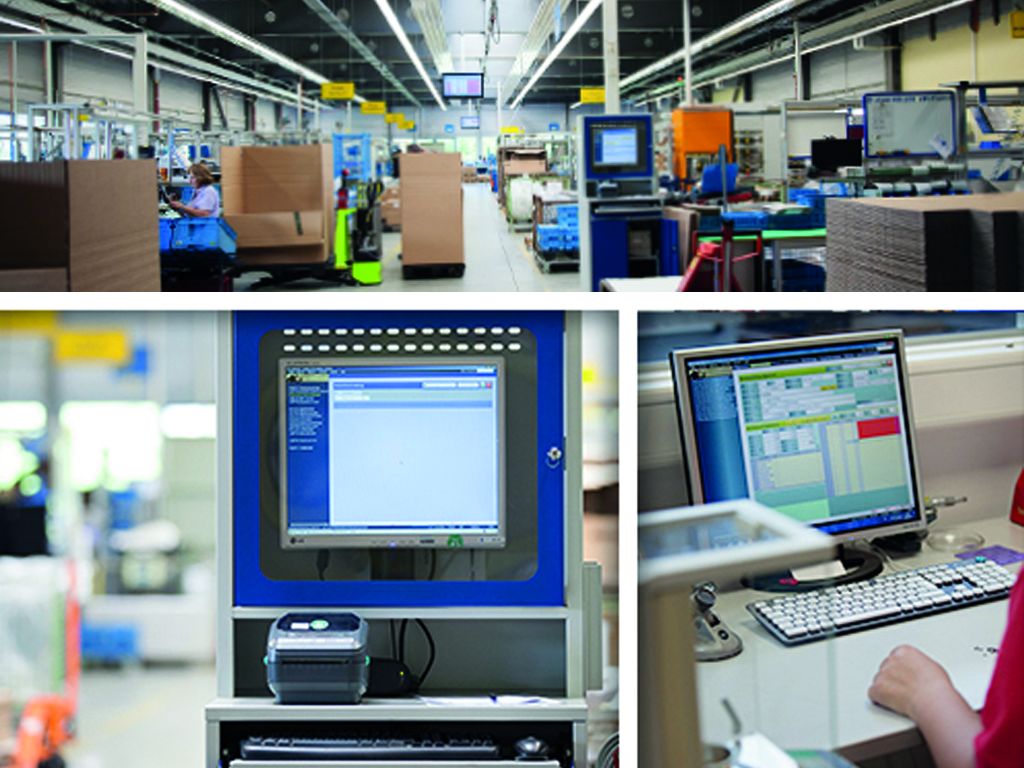 The development of enterprise resource planning systems (ERP) was an important milestone in the information technological support of process management. Through the system technological depiction of standardised processes the different tasks of various divisions could be fulfilled more efficiently with the aid of IT. To adjust these standard processes to the company specific requirements, ERP systems offer a so called customizing. But customizing too has limits: if it is a question of absolute flexibility and the realization of completely unique company processes there are big differences between the ERP systems.

Instead of having the ERP software adjusted for a lot of money, companies can use so called Business Process Management (BPM) solutions. A wide variety is offered. If companies decide to integrate such an external BPM system with their existing ERP system this also results in a high effort, both in time and money. For this reason many businesses dismiss this idea quickly. But how then can company specific processes be depicted flexibly, simply and with a low amount of effort?
A BPM system which is included as an integrated fixed part in an ERP software by default and therefore right from the start could be a remedy for this. Such a solution is offered for example by the modular ERP system canias ERP offered by Industrial Application Software. The BPM component therein mainly aims (apart from the classic depiction and display of the process in question) at creating intelligent automatisms. These as supposed to help the companies to execute their business processes faster and therefore more efficiently. A simple example for this is the automatic notification of an employee when a time critical task is to be performed. A big advantage of canias ERP BPM is the fact that the users themselves are able to completely newly design and adjust both processes as well as automatisms.
Benefits of integrated BPM systems

The benefit aspects of a BPM solution, which is included within an ERP system right from the start are many layered and are highlighted with the help of some examples:
The establishment of automatisms reduces elaborate manual process steps and accelerates the flow of information. Unnecessary friction losses, which in practice often arise from scarce resources or belated confirmations do not even occur in the first place. This way once defined rules and mechanisms create a higher process efficiency in the long term, both within the relevant department as well as over different business areas.

Operational processes can be modelled (graphically visualised) executed and continuously monitored. For the modelling there usually is a graphical editor. In this users can depict their previously defined business processes first in a rough draft and fine-tune them in a later step. Here for example it is determined which tests shall be carried out and how the process in question is to continue depending on the result of the test. With a high degree of integration business processes can easily be recorded and documented across the limits of different business areas. The resulting company-wide transparency provides a good basis for reducing complexity, identifying cost drivers and continuous process optimization.

Apart from uncovering cost saving potentials in the current BPM operations (by improving processes) the costs for the actual use of the system can also be reduced:

When implementing an ERP system ERP providers often programme additional control functions in accordance with the wishes of the company. These however can be depicted in the same way within an integrated BPM module which is usually less elaborate. For one the costs for customising, respectively adapting the ERP software are omitted. Secondly expenses can be reduced if the companies are able to set up their individual processes in the BPM system without external support, instead of having it realized by the software provider. Therefore it is advisable to check whether the same controlling processes can be realized via BPM before implementing additionally requirements.
Even after the introduction companies save on their IT budget every time new processes are depicted in the BPM or existing automatisms are modified by doing things themselves.

• The standardised process examples included in the ERP function as an inspiration and simplify the process modelling: They can be used as building blocks and be modified easily and quickly in the course of time.
• With the aid of freely definable roles concepts the rights of individual users or groups of people can be controlled.
Great importance of the high degree of integration
A high degree of integration in the system used plays an increasingly important part in the practice of the company. Especially if an efficient depiction of company-wide processes and complex information technological links between the various divisions are concerned.

If a BPM system is purchased as an independent specialised solution it must be integrated into the existing IT environment – which is most often costly in terms of both time and money. The integration of such external services into the application landscape is often done through an enterprise service bus by the software providers. When the integration of the BPM solution through ESB or other means is secured the linked system has to be provided with data via an interface. Every break of the system used however means additional maintenance effort and usually decreases both the quality of the data as well as the process stability. A BPM component which is fully integrated into the ERP system in contrast can directly access all centrally administered information and depict the business processes over department borders. A uniform data pool leads to consistent data and increases the process transparency. The acquisition, installation and operation of a middleware such as ESB (in the sense of an additional software product) becomes unnecessary, which logically leads to as leaner IT infrastructure within the company. Ultimately the controlling automatisms set up in the BPM and the interface-less interaction with other ERP areas enable a quicker handling of business transactions at a reasonable cost.
A handle on processes
BPM systems offer companies many advantages and support them in the entire process life cycle - from planning, through the introduction and controlling up to the optimisation. Independent of whether it is concerned with reducing the complexity of existing procedures or the implementation of     new business processes there is, especially within adaptable integrated BPM solutions a lot of potential for savings: process automation allows a company-wide and sustainable increase in efficiency at relatively low costs.