Efficiency is increased in production with canias4.0 IoT

We made the right decision 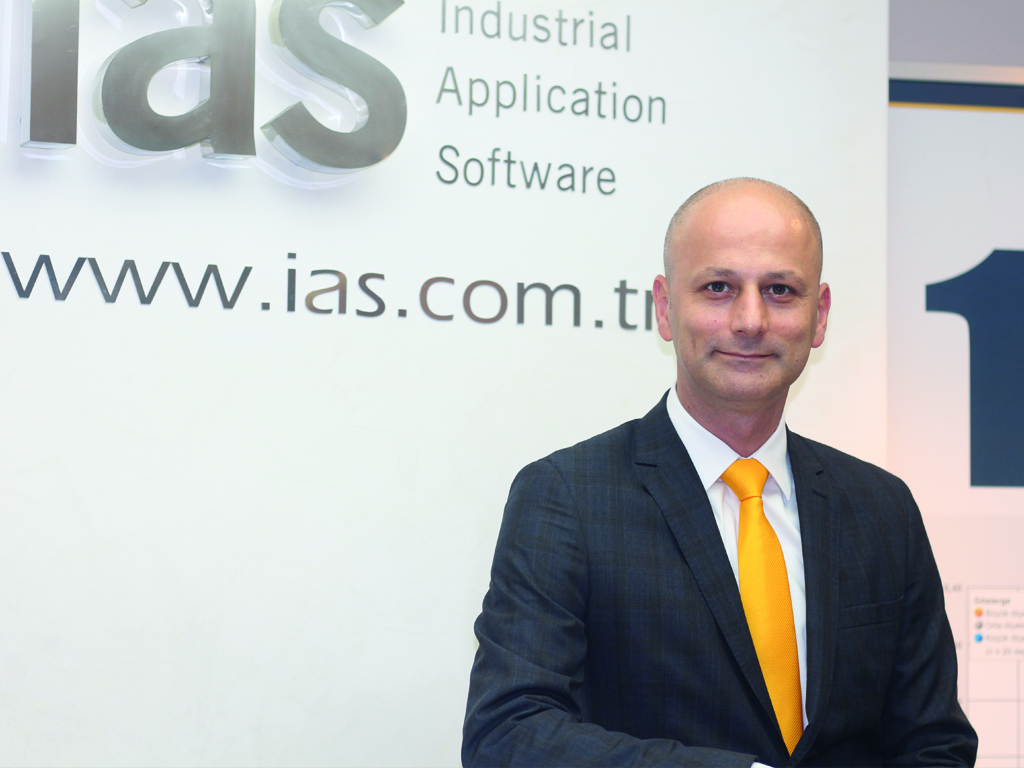 “In 2016, we continued to break records with 36 new projects within the first four months”
Aiming a 100 percent growth in 2015, IAS enjoys the pride of achieving this goal, while taking major steps to set the bar higher in 2016. IAS CEO Behiç Ferhatoğlu said “2015 was a year in which we grew in every country and operation in terms of both sales and human sources. We keep on working to break records in 2016, too”. Ferhatoğlu stated that IAS is a family of 400 people with its solution partners in 2016, and told what was experienced in 2015 and the expectations in 2016:

“We have left behind the best year in our history”
2015 was both tiresome and hopeful year for IAS with many investments, significant milestones, and contributions, which made us all proud. We had a year in which we grew in every country and operation in terms of both sales and human sources. We have left behind the best year in our history in terms of financial statistics. As well as our turnover, we had increased up to 100 percent in the number of projects and licenses.
We have increased our power in both software development and operations through major arrangements. We have begun managing our projects centrally over CANIAS ERP Project Management. We believe that we will take our successes achieved in 2014 in Trovarit and GPS research institution researchers to a higher level this year.
R&D and Software Development
In Software Development, our most important studies in 2015 after launching version 6.04, were the e-transformation project, interim version application and the establishment of IAS India.

e-Transformation: e-transformation was a major agenda item in 2014 and 2015. Through the devoted works of our Software Development and R&D teams, our integrated infrastructure and providing them to our customers free-of-charge under maintenance, our e-Transformation projects were shown as exemplary in the business.
Interim version application: Instead of launching improvements and adjustments as patches and launching new versions in every 3-4 years, we have begun launching interim versions tested every year in detail, with our new interim version concept. We have released our first interim version in recent months. Approximately 2500 process documents created at the end of the improvement, adjustment and test stages of interim version was another important output of this work.

India: We have achieved our goal with great success
Entering the Indian market was a target of the previous year. I am glad to express that we have achieved this goal with great success. Our company established in India has started its operations in recent months with a 15-person staff. We plan to increase our staff to 25 people within recent months and begin sales and consultancy operations. Our target is to have our India team increase our capacity and quality as soon as possible. Also, the sales and consultancy teams we build shall serve for India domestic market and support our Middle East operation.

New technologies
Our investments continue in many areas of technology in 2016. We particularly strive to complete our works in mobile solutions, Industry 4.0, İş Zekası (Business Intelligence) and e-transformation.

Turkey: A wider and more effective family
In IAS Turkey, as well as our colleagues recently joining our consultancy and sales-marketing operations, there was a serious growth in the aspect of solution partnership. We have closed 2015 with a record-breaking 80 new projects and have begun live usage in 50 projects as of early 2016.
We completed the sale of half of the new projects with our solution partners. Our Ankara office has an important role in the growth of IAS Turkey with 20 new projects and 70 monitored projects in the region.
While the number of our consultancy team rapidly increases with new recruits, the number of our solution partners has reached 50. We plan to add 20 more people to our consultancy team in 2016. Our sales and marketing team, which we plan to increase its efficiency in 2016, has reached 15 people with 5 new friends.
Germany: Record number of projects, new customers, and new partners
IAS Germany has reached the most successful year in its history with new projects such as Schneiderfils, IPTronic, and Hoftex within the last quarter of the year. It has broken a new record with 15 new projects. The greatest project of the year was the Hoftex project with 450 users, which would strengthen our position in textile business. The success of our projects brought many potential customer candidates for 2016.
Hannover CeBIT International Informatics and Technology Fair was very successful in every aspect in 2016, just as the year before. IAS has shown that it is positioned as a major player in ERP market. Representatives of local and international companies showed great interest to IAS as well as the visitors of the Fair.
With our Hamburg office opened in April 2016, our 3rd office in Germany was opened and we continue our operations in Germany in our Karlsruhe, Düsseldorf and Hamburg offices with a total of 50 employees and 9 solution partners in the region.

New business partners, new projects
We have executed many international agreements with CeBIT 2015 and gained new business partners. Digitouch Lithuania and Softchoice Kenya were our business partners providing us significant contributions. With five new projects we started with Digitouch, we made a fast entrance in Lithuania market. CeBIT, which we joined in March 2016 was similarly efficient and although a very short time passed after the fair, we signed a major business partnership contract with a South Korean software company and extended our service network. Iran Market, which draws attention in all sectors with the end of the embargo, is among our targets of 2016. Our negotiations with software companies continue with our visits. Our aim is to include Iran in our service network as soon as possible.